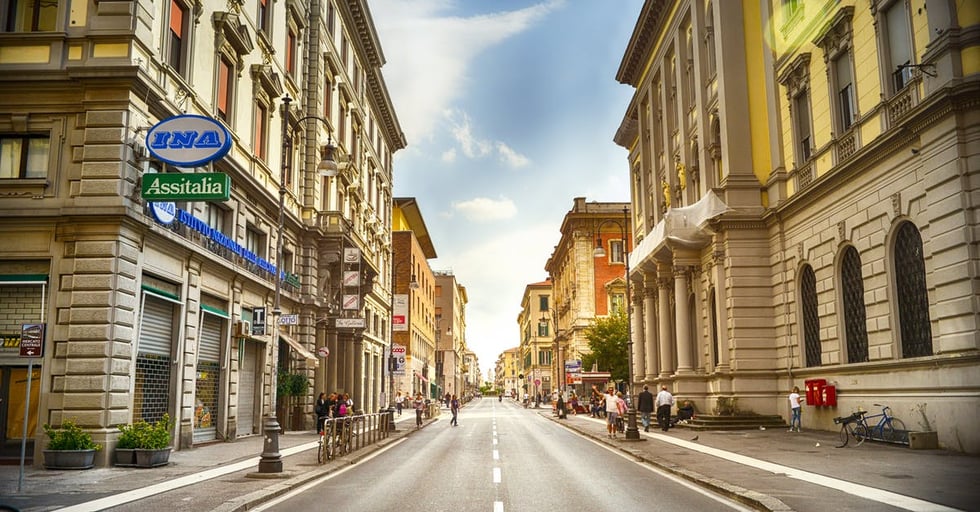 Finally, these are being addressed in part through an online tool called OpenCoesione, a government open data web portal. Developed in 2012 by the Italian Department of Development and Economic Cohesion dedicated to sharing financial data regarding European Union-funded projects in Italy, the portal is another proof of the country's march towards transparency using IT.

Today, we may have an open-format rich data portal through OpenCoesione, but what good is it if there is nobody to monitor them? This is why A Scuola di Open Coesione  (ASOC) was founded. The project instills the principles of informed citizenship and encourages monitoring of public funds through the useof ICT and open data to students in various secondary schools across the country.

Through ASOC, students are encouraged to know more about the various government projects and how money is being spent on them. They are also encouraged to take part in discussions on cohesion policies in an effort to contribute constructively to government.

ASOC combines civic education, digital skills, statistics and data journalism, as well as soft skills such as critical thinking, problem-solving, teamwork and interpersonal and communication skills, to produce an impact analysis from data on the measures that are financed by the cohesion policy.

The students participating groups are involved in multiple activities, which involve the learning and use of quantitative and qualitative research techniques within their area, the production and analysis of data and related interactive views, the use of forms of innovative communication and awareness of standards, rules and technical arrangements for the publication of their project's results in different cross-media forms, including the ASOC blog.

Interestingly, one of the schools based here in Pontedera that is part of the 86 schoools involved in ASOC, ITI Marconi, chose ClickOn as a project to study.

It was a pleasant surprise to hear that ITI Marconi has decided to monitor one of our key projects. The ClickOn project is a step further for Extra in its expansion. We are pleased with the excellent relationship we have built with the school with previous events where both institutions have cooperated such as the school's Linux Day and Extra's Open Day.

Extra, as an organization, is aware  of its role as a possible beneficiary of the production of many computer science graduates of all levels in Pisa and its province. But more than only contributing to their technical skills, we are pleased to have helped promote the principles of informed citizenship and civic monitoring  to young students.

We've compiled a free report - Technology Best Practices for Government - just for you! Take a look at how the most innovative governments use technologyto provide better e-services to citizens.